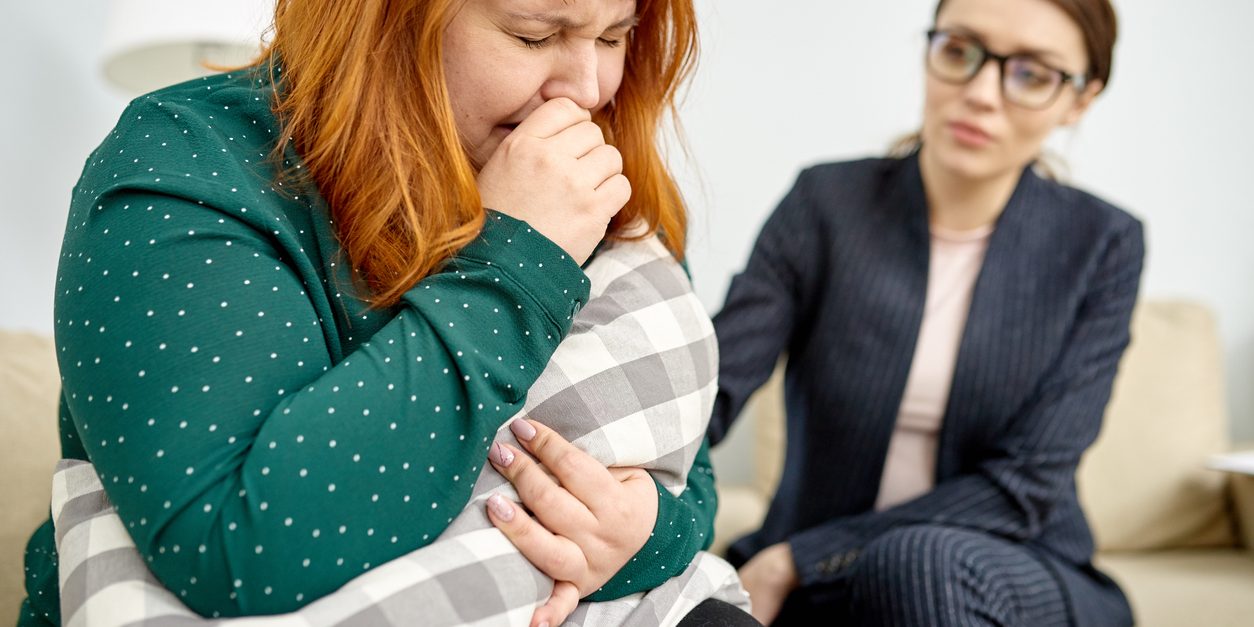 This post is updated from 2008.  Americans living in the United States are more obese than any other nation on the planet? Billions of dollars are spent on research and the dieting industry yet we continue to get fatter.    In 2007 34% of Americans were obese.  It is projected that number will rise to 51% by 2030. We know sedentary lifestyles, excessive consumption, food additive and preservatives, and obsessive dieting are major factors but what else could be contributing to the skyrocketing obesity epidemic in the United States?  Could the medications Americans are taking be a contributing factor in the obesity problem?

In the past decade there has been an increase in the development and use of prescription medication to treat depression, seizure and sleep disorders.  Antidepressant (AD), sleep medications, and antipsychotics (AP) advertisements are also on the rise for medications such as  Lunesta, Sonata, Celexa, Lexapro, Pristiq, Cymbalta, and Prozac.

There is information in the literature suggesting that long-term use of SSRIs, Prozac, Zoloft and Paxil are associated with weight gain. The purpose of this article is to list some of the popular psychotropic and seizure disorder medications on the market today and what relationship if any these medications may have with body weight changes.

A review of several studies regarding exercise and depression will also be reviewed.

The following information presented is neither to discourage, endorse, or recommend treatment for depression or any of the products reviewed.  It is only a review of the available information regarding weight changes associated with the products listed. Please seek consultation with your physician or medical professional regarding any medical conditions.

Most people are unaware that weight gain is one of the more common side effects associated with many of the antidepressant medications prescribed today.  In fact medications such as Fluoxetine (Prozac®) and  Buproprion HCL (Wellbutrin®) have been marketed for obesity treatment.

Antidepressants and Antipsychotics can affect weight in several ways:

Several Classes of Psychotropic and Seizure Disorder Medication will be briefly

The reason for weight gain with SSRIs is not known.  Generally it is believed that drugs which increase serotonin output decrease hunger and food intake however, this does not seem to be the case.  Patients report symptoms of hypoglycemia (weakness, dizziness, frequent hunger, and headaches) when they do not eat.  Symptoms of hypoglycemia may indicate hyperinsulinemia (elevation of insulin in the blood).

The five most common SSRIs currently prescribed in the United States today are:

SSRIs cause less weight gain, fewer anticholinergic symptoms, and less toxic adverse effects in comparison to tricyclic antidepressants (TCAs) and monoamine oxidase inhibitors (MAOIs) which has led to the increase in prescriptions by psychiatrists and primary care providers.  Primary care providers are less likely to be familiar with the difference among SSRIs and the weight gain side effects.

TCAs were the most commonly prescribed antidepressants before SSRIs.  Tricyclic Antidepressants are often used for sleep and pain and are well known for significant weight gain.

Weight gain and side effects will vary from one TCA to another as well as individual patients. Many drugs in this class induce slowing of the metabolism and carbohydrate cravings. Factors more clearly understood involve histamine and alpha 1 receptor blocking actions.  Appetite stimulation and weight gain make it extremely difficult for the diabetic trying to control blood sugar or the person with back or joint pain.

Weight gain with TCAs is dose dependent and related to the length of therapy.

The greatest weight gain is apparent with amitriptyline (Elavil®).

There are two categories of MAOIs; nonselective irreversible MAOIs, and reversible inhibitors of monoamine oxidase type A (RIMAs)

The nonselective irreversible MAOIs cause weight gain similar to TCAs, while the newer selective MAOIs do not appear to have any effect on body weight.

There is less information available on the current use in clinical practice because these drugs have some significantly dangerous side effects and are used less frequently than other antidepressants.

Other antidepressants that do not strictly fall under the classifications of SSRIs, TCAs, or MAOIs include:

Venlafaxine (Effexor®) has been shown to cause weight gain but not as severe as reported with the SSRIs, paroxetine (Paxil®), fuoxetine (Prozac®) and sertraline (Zoloft®).

Mitrazapine (Remeron®) has been associated with significant weight gain, possibly secondary to interactions with the histamine (H1) receptor.  It is not associated with gastrointestinal symptoms, sexual dysfunction, or increased heart rate like the SSRIs.

Trazadone (Desyrel®) is an antidepressant with sedative properties and is frequently used as a sleep aid as well as for depression.  It appears to cause less weight gain than amitriptyline (Elavil®) but more than buproprion HCL (Wellbutrin®).

Nefazadone (Serzone®) does not currently have any information available regarding appetite and weight gain.

Buproprion HCL (Wellbutrin®) has not been associated with weight gain and is commonly used with some success in smoking cessation.

These drugs were initially used only for seizure disorders, the following anticonvulsants are now often prescribed for bipolar disorder and other selected forms of depression:

Seizure disorder studies showed normal or patients with below normal body mass index having the most severe weight gain.

Typically, one to two-thirds of the patients treated with Lithium gain weight.  Of those, 25% gain enough to be classified as obese.  Weight gain is dose dependent, but low doses of lithium (less than .8 mm/L) are often not therapeutic: therefore, low-dose lithium is usually not an alternative.

One of the most common reasons for noncompliance and discontinued use of anti-psychotic medication is weight gain. The action responsible for increased food intake is believed to be the blocking of serotonin. Based on data from 34 head to head and placebo controlled studies of 4 to 52 weeks (average 6-12 weeks in duration) in young patients with psychotic and bipolar disorders, Maayan and Correll reported a mean weight gain of 3.8-16.2 kg gain with olanzapin, .9 to 9.5 kg gain with clozapine, 1.9-7.2 kg with risperadone, 2.3 to 6.1 kg with quetiapine, and 0-4.4 kg with aripiprazole.  These figures were reported to be higher in adults.

Haloperidol (Haldol®, Peridol®) is a conventional antipsychotic with a lower incidence of weight gain than the newer agents

Among the conventional antipsychotics, thioridazine, and chlorpromazine have greater potential for weight gain, while Molindone (Moban®) is the only antipsychotic shown not to increase weight on a consistent basis.

Studies show that antipsychotic agents have an effect on the reproductive hormones.  Women receiving antipsychotics tended to display hyperprlactinemia, and tended to be hypoestrogenic.  Women with primary obesity did not have hyperprolactinemia and tended to have normal or elevated estradiol serum levels.  These differences have pathogenic and therapeutic implications besides the effects on gonadal and adrenal steroids.  Prolactin alone promotes appetite and insulin resistance that may underlie the excessive body weight observed in hyperprolactinemic conditions detected in both animal and clinical studies.

Recently in JAMA Pediatrics, researchers from The Children’s Hospital of Philadelphia’s (CHOP) PolicyLab published the largest study to date documenting the significant risks to children’s health associated with prescription antipsychotics, a powerful a class of medications used to treat mental and behavioral health disorders. The results suggest that initiating antipsychotics may elevate a child’s risk not only for significant weight gain, but also for Type II diabetes by nearly 50 percent; moreover, among children who are also receiving antidepressants, the risk may double. Previous PolicyLab research showed that one in three youth receiving antidepressants in the Medicaid program were receiving an antipsychotic at the same time.

Exercise and the treatment of depression

Exercise has shown to alleviate depression in some studies. Exercise does not cause weight gain and may be complimentary to medication or an alternative for the management of depression for some people.

James Blumenthal, lead researcher and Duke psychologist that published the results of his team’s study in the October issue of the journal Psychosomatic Medicine stated the following regarding the results of the follow-up study, “The important conclusion is that the effectiveness of exercise seems to persist over time, and that patients who respond well to exercise and maintain their exercise have a much smaller risk of relapsing”.

“We found that there was an inverse relationship between exercise and the risk of relapsing the more one exercised, the less likely one would see their depressive symptoms return,” Dr. Blumenthal explained.  “For each 50-minute increment of exercise, there was an accompanying 50 percent reduction in relapse risk.”  “Findings from these studies indicate that a modest exercise program is an effective and robust treatment for patients with major depression,” he continued. “And if these motivated patients continue with the exercise, they have a much better chance of not seeing their depression return.”

Dr. Blumenthal cautioned that the study did not include patients who were acutely suicidal or had what is termed psychotic depression.  Also, since patients were recruited by advertisements, these patients were motivated to get better and interested in exercise.

A  more recent study by Dr. Fernando Dimeo and colleagues at the Department of Sports Medicine, Freie University of Berlin, Germany found aerobic exercise improved the symptoms of major depression in 8 out of 12 patients within 10 days.

They concluded that their program produced a substantial improvement in symptoms in a short time. “Given the fact that antidepressive drugs have latency time of two to four weeks before any therapeutic effect, the observed outcomes indicate the clinical benefic not obtainable with currently available pharmacological treatments.”

Dr. Dimeo and colleagues suggest, for depressed patients that do not show improvement despite an optimal dosage of antidepressants aerobic training could offer a safe therapeutic option.

Other reading on exercise and depression.

Note: Depression is a real problem and some people benefit from the use of these medications.  It is important for healthcare practitioners to know the side affects associated with all medications and to screen people at high risk for obesity, metabolic syndrome and diabetes.  Today there are  other options to that may be considered other than or in addition to prescription medication.  Functional testing, lifestyle, nutrition, and energy medicine can offer alternatives to prescription use without the side affects.